The recent JCEP* seminar series is now availble online as a series of videos. This should provide a flavour of current research at NRC and the University of Ottawa, for those interested.

* JCEP = Joint Centre for Extreme Photonics
“The Joint Centre for Extreme Photonics (JCEP) was formed in 2019 as a joint undertaking between the National Research Council (NRC) and the University of Ottawa (uOttawa). It is composed of 12 Fellows: 6 from NRC and 6 from uOttawa. Extreme photonics covers research topics ranging from single-photon sources to intense femtosecond lasers.”

We describe a simple multivariate technique of likelihood ratios for improved discrimination of signal and background in multi-dimensional quantum target detection. The technique combines two independent variables, time difference and summed energy, of a photon pair from the spontaneous parametric down-conversion source into an optimal discriminant. The discriminant performance was studied in experimental data and in Monte-Carlo modelling with clear improvement shown compared to previous techniques. As novel detectors become available, we expect this type of multivariate analysis to become increasingly important in multi-dimensional quantum optics.

Quantum illumination (QI) is a quantum sensing technique, employing the strong correlation between entangled photon pairs, which is capable of significantly improving sensitivity in remote target detection under noisy background conditions when compared to classical sensing schemes. The amount of enhancement is directly proportional to the number of measurable correlated modes between the photon pairs. QI had been demonstrated using degrees of freedoms such as temporal correlations and photon number correlations, but never a combination of two or more such continuous variables. In this work, we utilize both temporal and spectral correlation of entangled photon pairs in QI. We achieved over an order of magnitude reduction to the background noise when compared to utilizing only temporal modes. This work represents an important step in realizing a practical, real-time QI system. The demonstrated technique will also be of importance in many other quantum sensing applications and quantum communications.

Optically induced ultrafast switching of single photons is demonstrated by rotating the photon polarization via the Kerr effect in a commercially available single mode fiber. A switching efficiency of 97\% is achieved with a ∼1.7\,ps switching time, and signal-to-noise ratio of ∼800. Preservation of the quantum state is confirmed by measuring no significant increase in the second-order autocorrelation function g(2)(0). These values are attained with only nanojoule level pump energies that are produced by a laser oscillator with 80\,MHz repetition rate. The results highlight a simple switching device capable of both high-bandwidth operations and preservation of single-photon properties for applications in photonic quantum processing and ultrafast time-gating or switching.

Canada ranks among the world’s leading nations in quantum research, building on investments of more than $1 billion in the past decade alone. Canada’s amassed research expertise, growing private-sector impact, and government commitments to innovation and competitiveness, place the country in a strong position, as scientific advances drive quantum technology development. Here, we summarize the steps Canada has taken to build quantum research excellence and to support a growing quantum industrial base. We also discuss Canadian quantum community efforts to solidify and build the nation’s leadership, as the technology revolution unfolds.

Time-resolved pump-probe measurements of Xe, pumped at 133~nm and probed at 266~nm, are presented. The pump pulse prepared a long-lived hyperfine wavepacket, in the Xe 5p5(2P∘1/2)6s 2[1/2]∘1 manifold (E=77185 cm−1=9.57 eV). The wavepacket was monitored via single-photon ionization, and photoelectron images measured. The images provide angle- and time-resolved data which, when obtained over a large time-window (900~ps), constitute a precision quantum beat spectroscopy measurement of the hyperfine state splittings. Additionally, analysis of the full photoelectron image stack provides a quantum beat imaging modality, in which the Fourier components of the photoelectron images correlated with specific beat components can be obtained. This may also permit the extraction of isotope-resolved photoelectron images in the frequency domain, in cases where nuclear spins (hence beat components) can be uniquely assigned to specific isotopes (as herein), and also provides phase information. The information content of both raw, and inverted, image stacks is investigated, suggesting the utility of the Fourier analysis methodology in cases where images cannot be inverted. 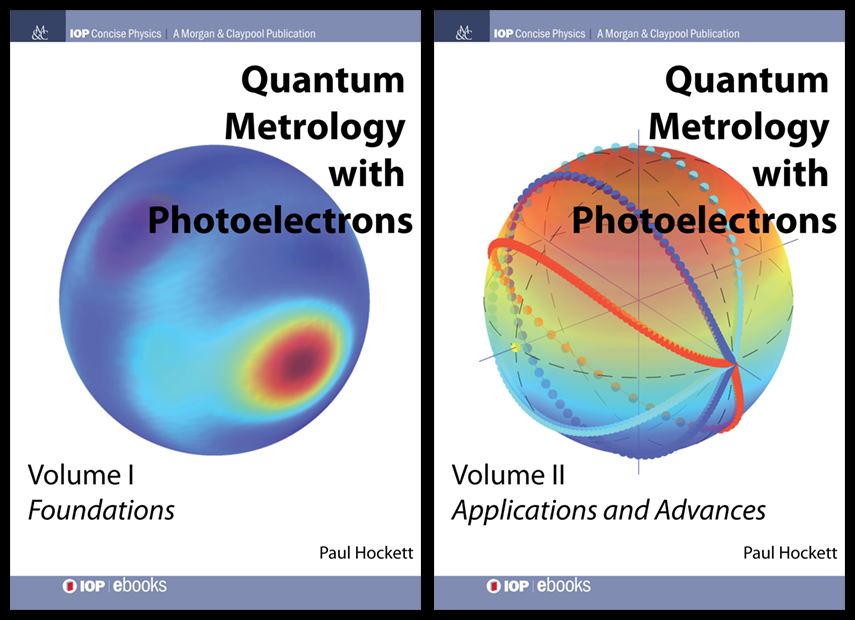 Update April 2018 – the books are now available via IOP, see details at end of post.

Photoionization is an interferometric process, in which multiple paths can contribute to the final continuum photoelectron wavefunction. At the simplest level, interferences between different final angular momentum states are manifest in the energy and angle resolved photoelectron spectra: metrology schemes making use of these interferograms are thus phase-sensitive, and provide a powerful route to detailed understanding of photoionization. In these cases, the continuum wavefunction (and underlying scattering dynamics) can be characterised. At a more complex level, such measurements can also provide a powerful probe for other processes of interest, leading to a more general class of quantum metrology built on phase-sensitive photoelectron imaging.  Since the turn of the century, the increasing availability of photoelectron imaging experiments, along with the increasing sophistication of experimental techniques, and the availability of computational resources for analysis and numerics, has allowed for significant developments in such photoelectron metrology.

Volume I covers the core physics of photoionization, including a range of computational examples. The material is presented as both reference and tutorial, and should appeal to readers of all levels.  Volume II explores applications, and the development of quantum metrology schemes based on photoelectron measurements. The material is more technical, and will appeal more to the specialist reader. 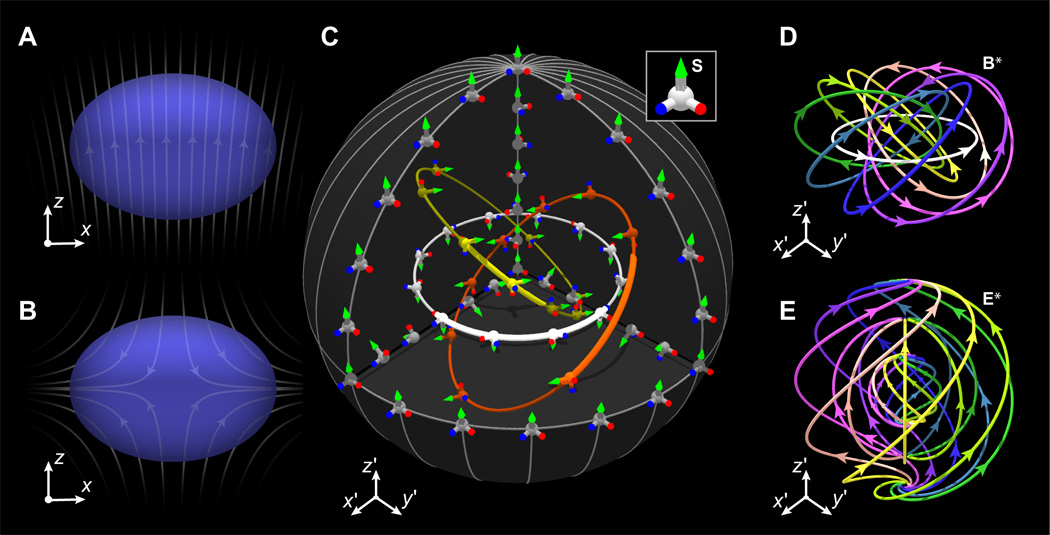 Photon pair sources have wide ranging applications in a variety of quantum photonic experiments and protocols. Many of these protocols require well controlled spectral correlations between the two output photons. However, due to low cross-sections, measuring the joint spectral properties of photon pair sources has historically been a challenging and time-consuming task. Here, we present an approach for the real-time measurement of the joint spectral properties of a fiber-based four wave mixing source. We seed the four wave mixing process using a broadband chirped pulse, studying the stimulated process to extract information regarding the spontaneous process. In addition, we compare stimulated emission measurements with the spontaneous process to confirm the technique’s validity. Joint spectral measurements have taken many hours historically and several minutes with recent techniques. Here, measurements have been demonstrated in 5–30 s depending on resolution, offering substantial improvement. Additional benefits of this approach include flexible resolution, large measurement bandwidth, and reduced experimental overhead.

The encoding of quantum information in photonic time-bin qubits is apt for long-distance quantum communication schemes. In practice, due to technical constraints such as detector response time, or the speed with which copolarized time-bins can be switched, other encodings, e.g., polarization, are often preferred for operations like state detection. Here, we present the conversion of qubits between polarization and time-bin encodings by using a method that is based on an ultrafast optical Kerr shutter and attain efficiencies of 97% and an average fidelity of 0.827±0.003 with shutter speeds near 1 ps. Our demonstration delineates an essential requirement for the development of hybrid and high-rate optical quantum networks.